❤ ƒσяєνєя ❤
We had an earthquake it was awful

3 Likes
Relationship Status
Single
About Me 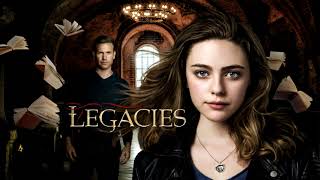 
❤ ƒσяєνєя ❤
We had an earthquake it was awful

3 Likes
Relationship Status
Single
About Me

________/)_♥☼♥_____./¯”””/’) ¯¯¯¯¯¯MY¯¯)¯♥☼♥¯¯¯’\_„„„„) ◯╔╗═◯╔═╗◯╔╦╗◯╔═╗◯ ◯║╚╗◯║║║◯║║║◯║╩╣◯ ◯╚═╝◯╚═╝◯╚═╝◯╚═╝◯ my princess Scarlet... ˜"*°•ღڿڰۣڿ♥F & S♥ ڿڰۣڿღ•°*"˜ ˜"*°•ღڿڰۣڿ♥ FOREVER♥ ڿڰۣڿღ•°*"˜ Freddy is introduced in A Nightmare on Elm Street as a child killer who is set on fire by the parents of his victims after he is caught but escapes legal prosecution due to a technicality. While his physical form dies, his spirit lives on in the minds of a group of teenagers living in his old neighborhood, who he preys on by entering their dreams and killing them. He is apparently destroyed at the end of the film by protagonist Nancy Thompson, but the last scene reveals that he had survived. He went on to antagonize the teenage protagonists of the next five films in the series. After a hiatus, Krueger was brought back in Wes Craven’s New Nightmare by Wes Craven, who had not worked on the film series since the third film, A Nightmare on Elm Street 3: Dream Warriors. In 2003, Freddy battled fellow horror icon Jason Voorhees from the Friday the 13th film series in the theatrical release Freddy vs. Jason, a film which officially resurrected both characters from their respective deaths and subsequently sent them to Hell. The ending of the film is left ambiguous as to whether or not Freddy is actually dead; despite being decapitated, he winks at the viewers. A sequel featuring Ash Williams from The Evil Dead franchise was planned, but never materialized on-screen. It was later turned into Dynamite Entertainment’s comic book series ”Freddy vs. Jason vs. Ash.” In the 2010 remake of the original film, Freddy is further described as a pedophile who had sexually abused the teenage protagonists of the film when they were children. When their parents found out, they set him on fire and killed him...Freddy Krueger’s physical appearance has remained largely consistent throughout the film series, although minor changes were made in subsequent films. He wears a striped red-and-green sweater (solid red sleeves in the original film), a dark brown fedora, his bladed glove (see below), loose black trousers (brown in the original film), and worn working boots, in keeping with his blue collar background. His skin is scarred and burned as a result of being burned alive by the parents of Springwood, and he has no hair at all on his head as it was presumably all burned off. In the original film, only Freddy’s face was burned, while the scars have spread to the rest of his body from the second film onwards. His blood is occasionally a dark, oily color, or greenish in hue when he is in the Dreamworld. In the original film, Freddy remains in the shadows and under lower light much longer than he does in the later pictures. In the second film, there are some scenes where Freddy is shown without his glove, and instead with the blades protruding from the tips of his fingers. As the films began to emphasize the comedic, wise-cracking aspect of the character, he began to don various costumes and take on other forms, such as dressing as a waiter or wearing a Superman inspired version of his sweater with a cape (The Dream Child), appearing as a video game sprite (Freddy’s Dead), a giant snake-like creature (Dream Warriors), and a Hookah smoking caterpillar (Freddy vs. Jason). In New Nightmare, Freddy’s appearance is updated considerably, giving him a green fedora that matched his sweater stripes, skin-tight leather pants, knee-high black boots, a turtleneck version of his trademark sweater, a dark blue trench coat, and a fifth claw on his glove, which also has a far more organic appearance (see below). Freddy also has fewer burns on his face, though these are more severe, with his muscle tissue exposed in numerous places. Compared to his other incarnations, this Freddy’s injuries are more like those of an actual burn victim. For the 2010 remake, Freddy is returned to his iconic attire, but the burns on his face are intensified with further bleaching of the skin and exposed facial tissue on the left cheek, reminiscent of actual third degree burns. ________/)_♥☼♥_____./¯”””/’) ¯¯¯¯¯¯¯¯¯)¯♥☼♥¯¯¯¯’\_„„„„) ◯╔╗═◯╔═╗◯╔╦╗◯╔═╗◯ ◯║╚╗◯║║║◯║║║◯║╩╣◯ ◯╚═╝◯╚═╝◯╚═╝◯╚═╝◯ ________/)_♥☼♥_____./¯”””/’) ¯¯¯¯¯¯¯¯¯)¯♥☼♥¯¯¯¯’\_„„„„) ˜"*°•ღڿڰۣڿ♥ F & S♥ ڿڰۣڿღ•°*"˜ ˜"*°•ღڿڰۣڿ♥FOREVER♥ ڿڰۣڿღ•°*"˜
Subscribe
Views: 12,413
Subscribers: 9
Comments(3,089)